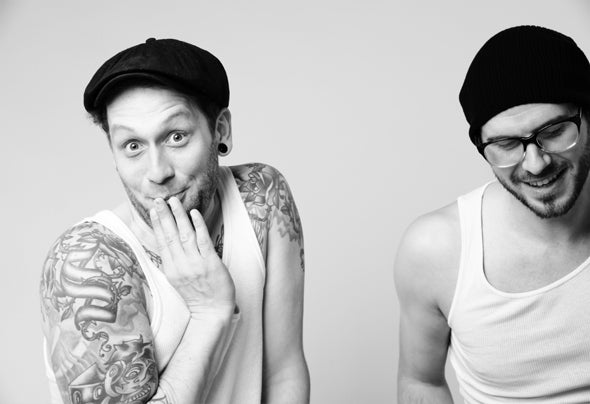 Adler & Finn (Matthias Adler & Benn Finn) Benn Finn was born on 12th January 1983 in the north of Berlin. As more and more time has passed the interest of Benn Finn for the music developed. Santa Clause had to carry large speakers to put them under the Christmas tree. When he was a little boy he and his father listened to records from Pink Floyd, The Rolling Stones and The Beatles. This is the source for his interesting music. Surely he changed his grasp of music growing up. But he didn..t know what to do and wasn..t able to throw himself at only one kind of music. At the age of 20 he started to meet his friends in clubs like the Berghain, Bar 25 and Watergate. The Berlin – Night life was a completely new world to him. The music these clubs were playing was exciting. Benn Finn wanted to know the secret of electronic music. His vinyl collection grew fast. He started to create his own sounds. The internet, books, friends and a lot of time had been used up to develop the sound of Finn Records. Many scene-insiders he h ad met while playing his records in the clubs of Berlin helped to find his own way of making music. His first self produced tracks were born and published at different labels. To be more independently, Benn Finn decided to create his own label, called Finn Records , founded at the end of 2009 . There he will publish music with quite an own style in the future. And Matthias Adler saw the light of day on the 26th of July 1981 and grew up in Oranienburg, near Berlin. In the middle of the Nineties, he discovers Electronic Dance Music, especially through Berlin House TV. Fascinated by its diversity, he develops a growing interest in noncommercial electronic music. Well, Berlin is around the corner and the choice of parties nigh on endless, what leads to countless excursions into the landscapes of Club Culture. Not before long, Matthias Adler gains his first experiences as a DJ. Deand accelerating turntables to create a seemingly never-ending song that shakes the crowd from the hip, has a great charm for him. But that’s not enough for Matthias Adler. From 2008 on, he concentrates on producing his own music. In exchange with friends, and a Learning-by-doing attitude, he starts to work with all the music production tools on the market. At the moment, Matthias Adler produces mainly Minimal Techno. But his phase of experimentation is not yet over and we are already waiting joyously for what is still to come… The co-operation with Benn Finn (Adler & Finn) were, and still are, extremely rewarding and let us hope for more great productions and further co-operations…”minimal forever and feel good”.