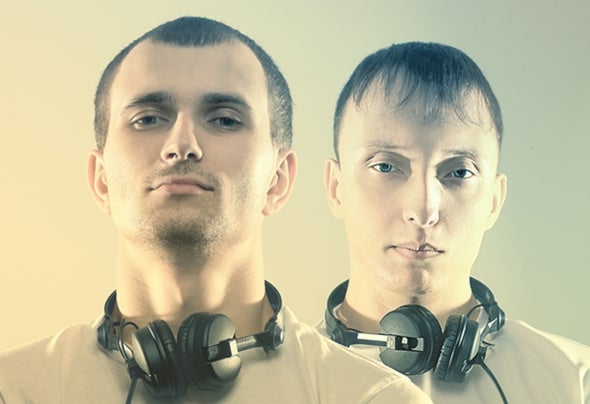 A.K.O. - Russian techno project consisting of two persons: Matvienko Nikolay and Oleg ZhelezniyThe first track "Are You Scared?" which has been published on Italian Techno label Italo Business in the single with the same name has got the big support from DJ’s and has been included in Beatport a chart of Dandi & Ugo. Further the project becomes the resident of this label and published some more releases in which EP "Critical Mass", published on vinyl and Digital a format with remixes from Piatto and Dandi and Ugo. After releasing of the Vinyl version, "Critical Mass" 12 inch has occupied leading places in tops of sales all significant shops selling vinyl, such as JunoRecords (16 place), DecksRecords (9 place) DiscoPiu (1 place) and several more shops. In the future A.K.O. published also successful releases, remixes on various labels and cooperations with well known artists.Every Dj set from А.К.О. Is an improbable explosion of emotions, drive and quality of a sound!The secret of tracks of the project consists in the powerful rhythm, interesting melody and a strong basslines. That's why all tracks are releasing on very good world techno labels such as 1605 Music Therapy, Italo Business, Human Garden Music and more...Today A.K.O. broadcasts they radio show "Ministry of Techno" on Di. Fm (USA, New York) radio station - Techno channel