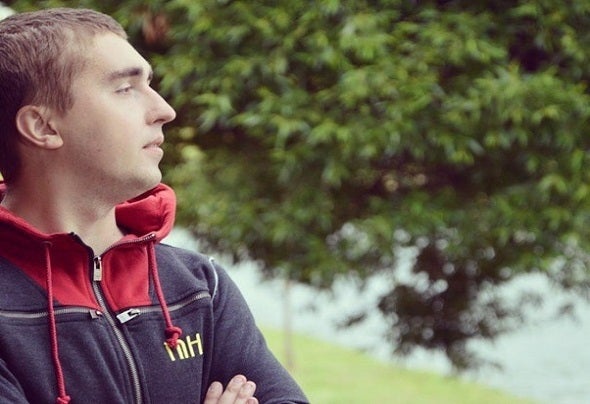 Albert A.e.r.o. Sipov - is a musical producer and podcaster from Minsk, presenter of monthly radioshow "Flying Through The Universe". He prefers such styles as Chillout, Psy Chill, Ambient, Downtempo, Post-Rock, Atmospheric Breaks, Progressive Breaks, Deep House, Progressive House, French House, Nu Disco. He has began to write his own compositions since 2008. In 2010 he made an official remix on the song of Minsk rock group "Bez Bileta". From 2011 - resident of Aplus Radio. His works are published on DI FM Chillout Dreams Channel. In october of 2011 he took part in "Belarus In The Mix 003" on Afterhours FM. Since 2012 he has monthly produced an official TRACKPOINT Podcast: Chillout with A.e.r.o., which deals with Chillout music. In 2013 his works were published in Record Chillout 287 with Artem Dmitriev and Mellomania Deluxe 616 with Pedro Del Mar. At the end of 2013 was publised his first author's album "World Language". In 2014 he has taken part in Moscow's party "LOUNGE WEEKEND" by M.SOUND. Some tracks are written for a space simulator Space Engine.