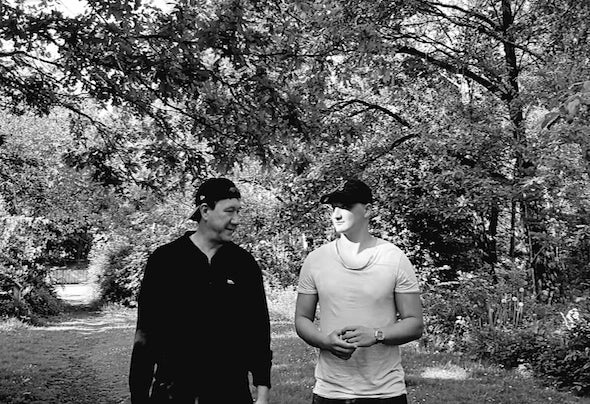 Since their first release in 2014 - If You've Ever Loved ( Featuring Kiara Redford ) - 5&Dime have been dj ing around the UK and doing guest mixes for various dance radio shows. 5&Dime remixes to date include : Mark Morrison, WHTKD, T2 & Craig David, Anastacia, Mount & Nicolas Haelg, The Killers, Eugy & Mr Eazi, Adriiana, Solo Suspex, Stephane Nadal, After 6, Lost Frequencies, Rasmussen, KO and more.2015 saw their second release - ‘Be Without You’ on ‘Fierce Angel' with a third release - 'Hold On' on 'Armada Deep' in 2016, which featured the lovely 'Lauren Mason' on vocals . In 2018 their most recent release - 'Upside Down' used afully cleared interpolation of the classic 90s track 'Professional Widow' originally by Tori Amos and the track went on to top the Official UK Music Week Upfront club chart for two weeks. Outside of the 5&Dime project the guys are also prolific writers and producers, having co written the Jason Derulo track 'Pick Up The Pieces' from his Million selling 2011 album 'Future History' and produced as part of UK dance group 'LMC' the International hit 'Take Me To The Clouds Above' by LMC vs U2 , which spent two weeks at the top of the Official UK Singles Chart in 2004.